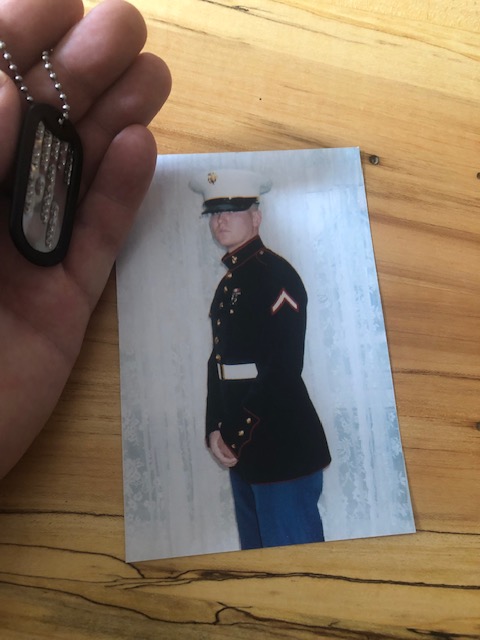 In about one week Veterans On the Camino (VOC) will set off on the 2019 Camino journey with six veterans. Each participating veteran has been preparing physically and mentally for many weeks for this upcoming 550 mile walk to Santiago de Compestela. As part of our journey, VOC is dedicating this Camino to our fallen brother, PFC Chris Dixon, 18, of Columbus, Ohio. It is with honor that we will carry Dixon’s memory.
Dixon was killed on May 11 2005 in Karabilah, Iraq. His amphibious assault vehicle struck an explosive device while conducting combat operations against enemy forces. Dixon had been assigned to Marine Force Reserve’s 3rd Battalion, 25th Marine Regiment, 4th Marine Division, Columbus, Ohio. During Operation Iraqi Freedom, his unit was attached to Regimental Combat Team 2, 2nd Marine Division, II Marine Expeditionary Force (Forward).
Chad, Dixon’s brother, shared stories about growing up with this American hero. “Growing up in small town Ohio shaped Chris. He knew everyone, was charismatic and seemed to be liked by all. He enjoyed being outdoors, hunting, fishing and spending time with friends. He had a daredevil streak, especially when it came to riding his dirt bike.”
“Chris only lived 18 years – but he really lived them!” Chad paused, “This kid was 5 years younger than me and always wanted to hang out with me and my buddies, he would do anything to prove he could hang with the big kids. He had more grit in him than most adults I know now. So, when he decided to join the Marine Corps it came as no surprise.”

“He had it in his head that he wanted to be an 0311 infantry rifleman. That is exactly what he did.”
During Dixon’s last visit with his brother and family he spent time time deer hunting at the family cabin. Chad shared that this has now become his favorite memory of his brother. That year was his last Christmas with his family. “He left in January 2005 then was deployed to Iraq 2 months later.”
As we can only imagine, Chad shared that his family will never be the same since Chris’ death. But Chad went on to say that his memory will not be forgotten. “When I got married, we had a memorial candle and my brother’s dress blues at our table. My wife and I still wear his dog tags.” Chad and his wife welcomed a son in 2009, who is named after his American hero uncle, Chris.
Dixon is also one of the soldiers of the Eyes of Freedom: Lima Company Memorial. This memorial travels the country with life-sized portraits of the 23 heroes who all lost their lives, all from one company, all over only a period of a few months. Chad said that this Memorial “reminds us of the cost of freedom.” 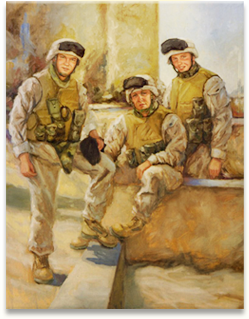 PFC Chris Dixon on the left

I am honored to wear his dog tag on this journey. We will raise our glasses to toast Chris every evening and talk about him as we walk. Upon arriving at Cruz de Ferro, we will leave a stone that was given by his family. And, of course, the Compostella that represents completing of the journey, will be in Chris’ name. This will be given to his family upon return.
Private First Class Christopher R. Dixon will be a part of our Camino journey during every step, beside us in spirit as we walk that long road to the End of the Earth.
Brad Genereux 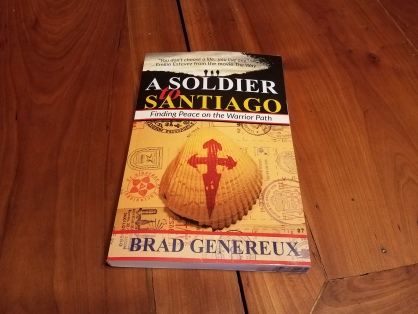 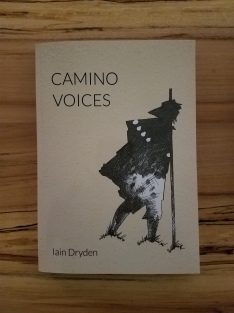 The quotes and the artistry in this book capture the unique spirit of the Camino de Santiago. You can find it on www.amazon.com
Join 1,085 other followers